A threat to health security 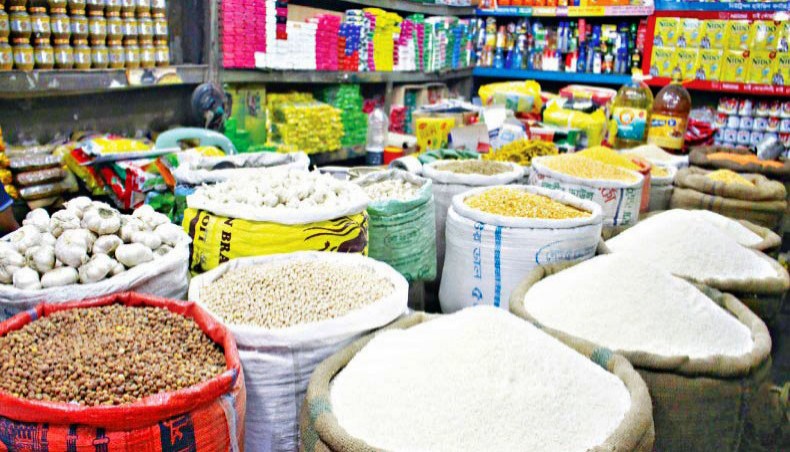 FOOD adulteration in various forms has reached an alarming level. Food items like fish, fruits, oils, vegetables, and sweetmeats are adulterated with hazardous chemicals at an alarming pace. Poisonous substances in food items are leaving the worst impacts on people, causing cancer and damaging vital human organs like the liver, kidney, and heart along with affecting children’s mental and physical growth. Greed for fast profit and moral degradation among some unscrupulous food traders have led to today’s alarming situation. From grassroots producers to retailers, food is adulterated on a massive scale. Even we are unaware at times.

Food may be adulterated in whole or in part at various stages and in various forms from manufacturer to retailers, by adding poisonous chemicals, unhygienic handling, and preservation. Even the container may be composed of a deleterious substance which is injurious to health. Food is also often mixed with another component of inferior quality. Its component is replaced with other undesirable components. We see vendors selling food and handling paper notes with the same hand. Newspaper is used to carry food, having carbon which is toxic to human health and can cause cancer.

The number of patients suffering from various non-communicable diseases like cancer, diabetes, and kidney diseases is on the rise due to food adulteration. Chemicals used to preserve foodstuffs and the pesticides used in agriculture are making foods adulterated. Though the life expectancy of the people of Bangladesh is increasing, they are getting poisoned by various chemicals. Colouring agents such as chrome, tart zine, yellow and Sudan red colours and erythrosine are used in spices, sauces, juices, lentils and oils which cause cancer, allergy, and respiratory problems. Formalin and carbide used in fish, fruit, meat and milk also cause cancer and damage the liver. Besides, urea used in puffed rice and rice, sulfuric acid used in milk and DDT applied in dried fish cast long-term effects like nervous system disorder, depression, asthma, cardiac problems, and liver and kidney damage.

Food safety is a major public health concern worldwide. Because of the increasing risk of contamination of food by pesticides, heavy metals and toxins in the food safety issues have attracted the attention of many. Contamination with heavy metals is important, particularly in agricultural production systems and human health. People have a right to safe food. And when even staple foods such as poultry and milk are found to be unsafe, it paints a very worrisome picture of food safety. As we have said before, steps must be taken to avert a public health disaster that our healthcare system is simply not equipped to handle. The ministry of fisheries and livestock and the Bangladesh Standards and Testing Institution need to ensure quality poultry feed being used by traders. Heavy metals occur naturally in very small amounts in living organisms, but exposure to their higher concentrations is hazardous. Heavy metals at hazardous levels are commonly found in foodstuffs in Bangladesh, mainly due to the lack of safety guidelines and poor management of industrial effluents. Several studies suggest that the level of heavy metals in the food is higher than the acceptable limits set by the World Health Organisation.

Many of us are not aware of lead poisoning. The matter is being discussed globally and many of us are not even aware of that. The World Health Organisation is vocal about the issue. However, many countries are not all that active about this. Lead is a poisonous substance that enters the body through food and water and also through respiration. It mixes with the blood to affect the liver, kidneys, bones and other organs. It attacks the soft tissue of the human body. If lead enters the bones, it remains there for many years. Children are the most affected by lead. Lead poisoning stunts the physical and mental growth of children. We must be free of the toxic effect of lead. Certain steps can reduce the harmful level of lead in the body. Intake of Vitamin C, iron and calcium-enriched foods can protect us. Public awareness can play a significant role in this regard.

Lead toxicity has been a subject of interest for environmental scientists because of its toxic effect on plants, animals, and humans. An increase in several lead related industrial activities and use of lead containing products such as agrochemicals, oil and paint, mining, etc can lead to lead contamination in the environment and thereby, can enter the food chain. Being one of the most toxic heavy metals, lead ingestion via the food chain has proven to be a potential health hazard for plants and humans. A study found that soils in industrial areas are severely polluted with lead (7.3–445 mg/kg) in Bangladesh.

A high concentration of lead has been found in fish and leafy and non-leafy vegetables collected from different areas. Lead contamination was also found in cereals, chicken, duck eggs, cow milk and a host of other foods tested during the research, said the review, adding that Bangladesh is exposed to almost all pathways of lead contamination. A national programme must be taken up to detect lead in the bloodstream. There are needs for coordination among the concerned government, non-government and development partners in this regard.

The season of sweet fruits is coming soon, and the use of carbides indiscriminately is already underway. Fruits ripened by calcium carbide have a good skin colour with high acidity and low sugar content but poorly developed flavour. It can cause various cancers. We should be cautious enough and wash the fruits thoroughly in running tap water. Peel out the skin of fruits. It is better to cut the fruits into pieces. Try to buy mature fruits directly from growers and ripen them at home in warm temperatures in contact with ripe ones. A study also showed that broiler meat and eggs showed the presence of antibiotic residue of various types at a high level. Only stopping indiscriminate antibiotic use in human medicine won’t stop deadly antibiotic resistance, since unknowingly it is entering the food chain. Antibiotic resistance is a dreadful situation and could be beyond our control in no time.

Manpower should be increased in institutes and organisations like the BSTI and city corporations. Market monitoring must also be enhanced. Mobile courts should be put into action. Food courts should also be established. Prevailing laws should be applied strongly against culprits. Laboratory facilities for detection of adulterants in foods should be made available across the country. The role of media in raising awareness is huge. The vigilance by the mobile courts has to be everywhere, on a routine basis. On the part of consumers, one should be aware enough before purchasing any item. Anyone found guilty should be punished stringently under the purview of law so that no one dares to be a part of this dishonest and dangerous activity.

The Editor14 mins ago

The Editor30 mins ago

The Editor45 mins ago

The Editor2 hours ago

The Editor11 mins ago

The Editor12 mins ago

The Editor14 mins ago

18 Best Matte Lipsticks to Add to Your Makeup Bag