The biggest almond milk chain in America has recalled more than 145,000 cartons of its product after tests revealed it may contain real milk.

It comes after at least one report of an allergic reaction, according to the US Food and Drug Administration.

Blue Diamond, which owns Almond Breeze, assures customers there is no health risk unless they have an intolerance or allergy to lactose. 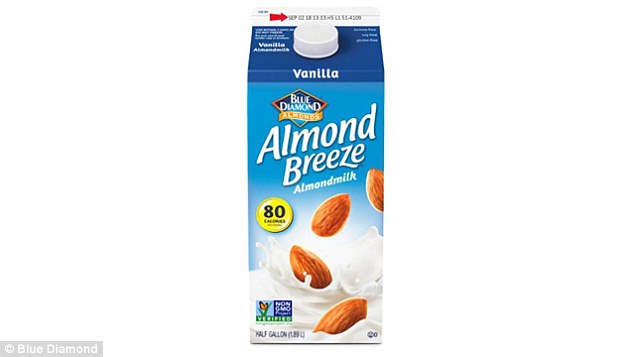 Almond Breeze voluntarily pulled half-gallon cartons of its vanilla-flavored milk in 28 states. Customers who have bought cartons of the product can return them for a refund or exchange

Customers who have bought cartons of the product can return them for a refund or exchange.

Blue Diamond Growers launched in California in 1910, offering lactose-free milk fresh to locals. But the company’s golden years started in 2008, when the millennial-driven trend away from cow’s dairy took hold.

The trend for dairy-free products that still had the taste and feel of dairy sparked one of the biggest nutritional overhauls in modern America.

According to national health data, Americans consumed 30 gallons of cow’s milk in 1970. Now, that number has almost halved (in 2017 it was around 17 gallons). And the almond milk industry is valued at over $1 billion.

But this recall is hardly the first scandal surrounding Blue Diamond’s product, which has soared in sales in recent years.

In 2015, a lawsuit was filed against the company in the UK as a consumer took issue with the fact that only two percent of the product comes from almonds.