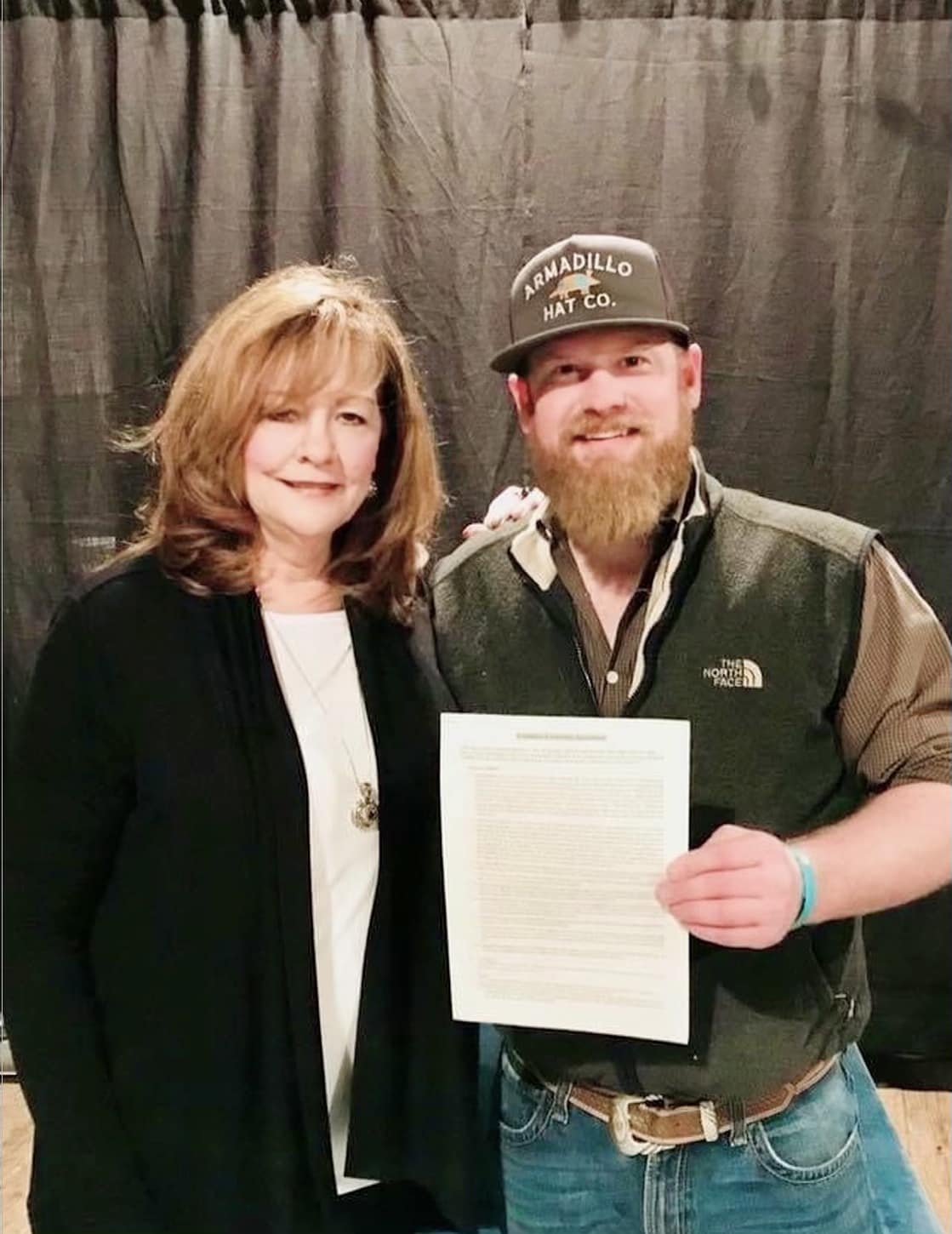 Country singer Jake Flint has died at 37 years old, just hours after getting married, according to his publicist, former manager and now-widow.

Flint’s publicist, Clif Doyal, told the Oklahoman that Flint died in his sleep following his wedding on Saturday.

His now-widow, Brenda Flint, wrote in a Facebook post Tuesday: “We should be going through wedding photos but instead I have to pick out clothes to bury my husband in. People aren’t meant to feel this much pain. My heart is gone and I just really need him to come back. I can’t take much more. I need him here.”

Brenda also posted a video of the two at their wedding. “I don’t understand,” she wrote.

Flint had been in the midst of a multi-state tour, with his next performance slated for Dec. 2 in Claremore, Oklahoma. His social media page describes his sources of musical inspiration as “everything from classic Texas Singer/Songwriters to 90’s grunge rock.”

“Jake has a million friends and I’m not sure how everyone will cope with this tragic loss,” Cline wrote. “We need prayers- it’s all so surreal. Please please pray for his new wife Brenda, Jake’s precious mother, his sister and the rest of his family and friends. This is going to be incredibly difficult for so many. We love you Jake and in our hearts forever.”

The cause of Flint’s death was not immediately clear.

The Editor7 mins ago