This article was supported by The Elsevier Foundation.

Irene Offei Owusu has often grappled with the hard choice between family and career — occasionally being forced to sacrifice one for the other.

“One challenge I have encountered is work-family balance,” says the epidemiology postdoctoral research fellow at the Noguchi Memorial Institute for Medical Research at the University of Ghana.

“It is difficult having to work in the field of science effectively and taking care of family,” Owusu tells SciDev.Net.

“Acknowledging and taking these barriers into account is a step forward, but also recognising the importance of supporting the research ecosystem as a whole and inherent power imbalances is a step forward in addressing these inequalities,”

Yet Owusu’s predicament is just a glimpse of the challenges women face in the uneven health research landscape.

Globally, women in health find it more difficult to publish in scientific journals than men, according to recent analyses.

This is more apparent for women in low- and middle-income countries, and especially Sub-Saharan Africa, where women experience greater inequities due to systemic barriers beyond those faced by women in higher-income countries, according to a study published in BMJ Global Health.

“Women researchers in Sub-Saharan Africa lag far behind women in the European Union and North America in their contributions to the health research literature as lead or single authors,” say the researchers. “They face substantial gender inequalities in publishing in prestigious authorship positions in academic journals.”

The BMJ Global Health study, jointly led by policy and data analysts Anwaar Baobeid, Tara Faghani-Hamadani and Sara Sauer, examined the authorship positions – whether they were positioned as the prestigious first, last, or single authors – of Sub-Saharan Africa’s female researchers between 2014 and 2016. The study also examined policies and practices at ten journals with the highest rates of female authors publishing in first position from the region, to identify barriers to women in publishing.

“Recently, women have become more likely to be first authors, a junior stature authorship often given to a student or early career researcher, yet they are less likely to be last authors, a position given to principal investigators, or those who secured research funds,” the researchers said.

Based on global and regional analyses, the study found the greatest authorship inequity in health research publishing in Sub-Saharan Africa, where men were lead authors in more than half of the publications. Male authors further accounted for 65 per cent and 66 per cent of last and single authors, respectively.

Although women accounted for at least 20 per cent of last authors in 25 countries across the region, greater publishing success went to women researchers from South Africa and Nigeria. 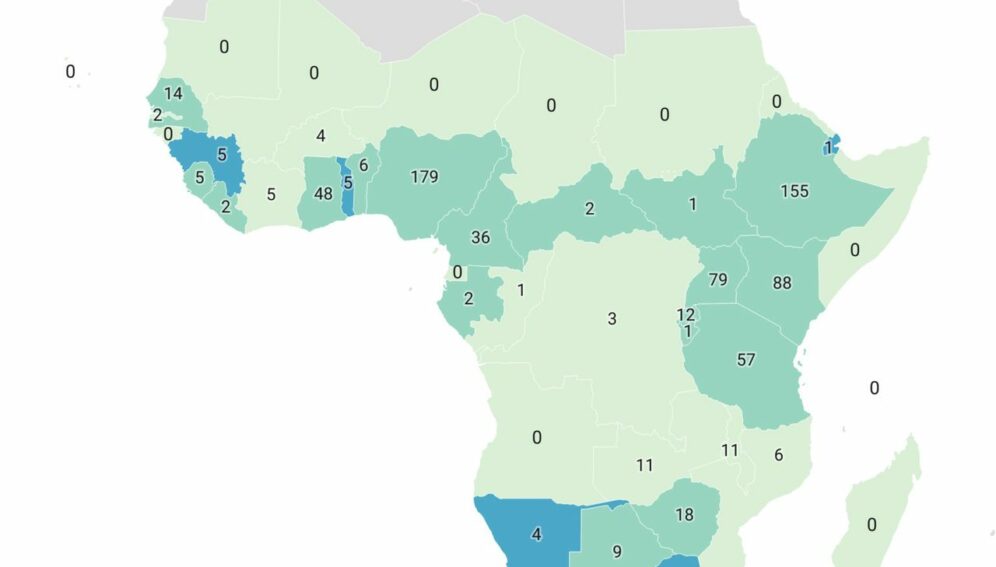 The journals that published the most Sub-Saharan Africa women as prominent authors are based in the region, the report notes.

Only one journal explicitly discussed authorship diversity and encouraged submissions from the global South, while two journals offered implicit statements in support of diversity. Five out of the ten journals studied included statements that processing fees could be waived for authors from low- and middle-income countries.

Africa’s francophone researchers face particular difficulties, as just one out of the ten journals published in both French and English. This linguistic isolation further exacerbated inequity among Francophone women researchers, the authors say.

Meanwhile, global health and medical research fails to consistently apply a sex and gender lens and remain largely a preserve of high-income countries, according to a 2021 study by Global Health 50/50, an advocacy group for gender equality in healthcare.

The number of first and last authors from Asia, Latin America and the Caribbean, the Middle East and North Africa, Oceania and Sub-Saharan Africa combined was lower than the number of authors from either Europe or North America, the study found.

“Despite a variety of policies and guidance on incorporating sex and/ or gender into research, publications remain largely sex and gender blind,” the authors said.

“Failing to appreciate sex and gender differences in medical and health research results in missed opportunities for identifying and responding to the impact that these factors have on health and well-being for all people.

“The lack of representation from populations that are the centre of much global health research limits knowledge production.”

Francisca Mutapi, co-director of the Global Health Academy at the University of Edinburgh in Scotland, says traditional health research in the global South – and particularly in Africa – has been driven by local needs guided by domestic policies.

Mutapi says that women must be involved in health research for diversity, inclusivity and equity.

“Inclusivity in health research and policy is critical to provide equitable healthcare,” she tells SciDev.Net. “All health research needs to be inclusive of the target population it purports to serve.”

Owusu adds: “The scientific community now seems to be realising the impact of women in the field, thus making more funds available so women can also do good quality research.”

Language barriers are just one of many additional obstacles that women health researchers from low- and middle-income countries face, says Rebecca Grais, executive director of the Pasteur Network, a humanitarian organisation advocating for knowledge transfer and free access to information.

“Acknowledging and taking these barriers into account is a step forward, but also recognising the importance of supporting the research ecosystem as a whole and inherent power imbalances is a step forward in addressing these inequalities,” she tells SciDev.Net.

Grais maintains that health research publishing organisations have made great progress by making scientific literature available through open access, but adds that other barriers such as article publishing charges (APCs) still exist – meaning that while authors may have access to the literature, they remain excluded from publishing in these very journals.

“There are many other reasons for the relatively lower number of research papers emerging from the global South and APCs are only one such example,” says Grais, the former director of research at Epicentre, the epidemiology and research arm of Doctors Without Borders (MSF).

This piece was produced by SciDev.Net’s Global desk.

This article was supported by the Elsevier Foundation, which is part of the corporate responsibility programme of global publishing body Elsevier, and is focused on sustainable development in gender, health, climate and reducing inequalities.

The Editor18 mins ago
Health

The Editor33 mins ago

The Editor48 mins ago

The Editor15 mins ago

The Editor18 mins ago