What medical treatments do transgender youth get? 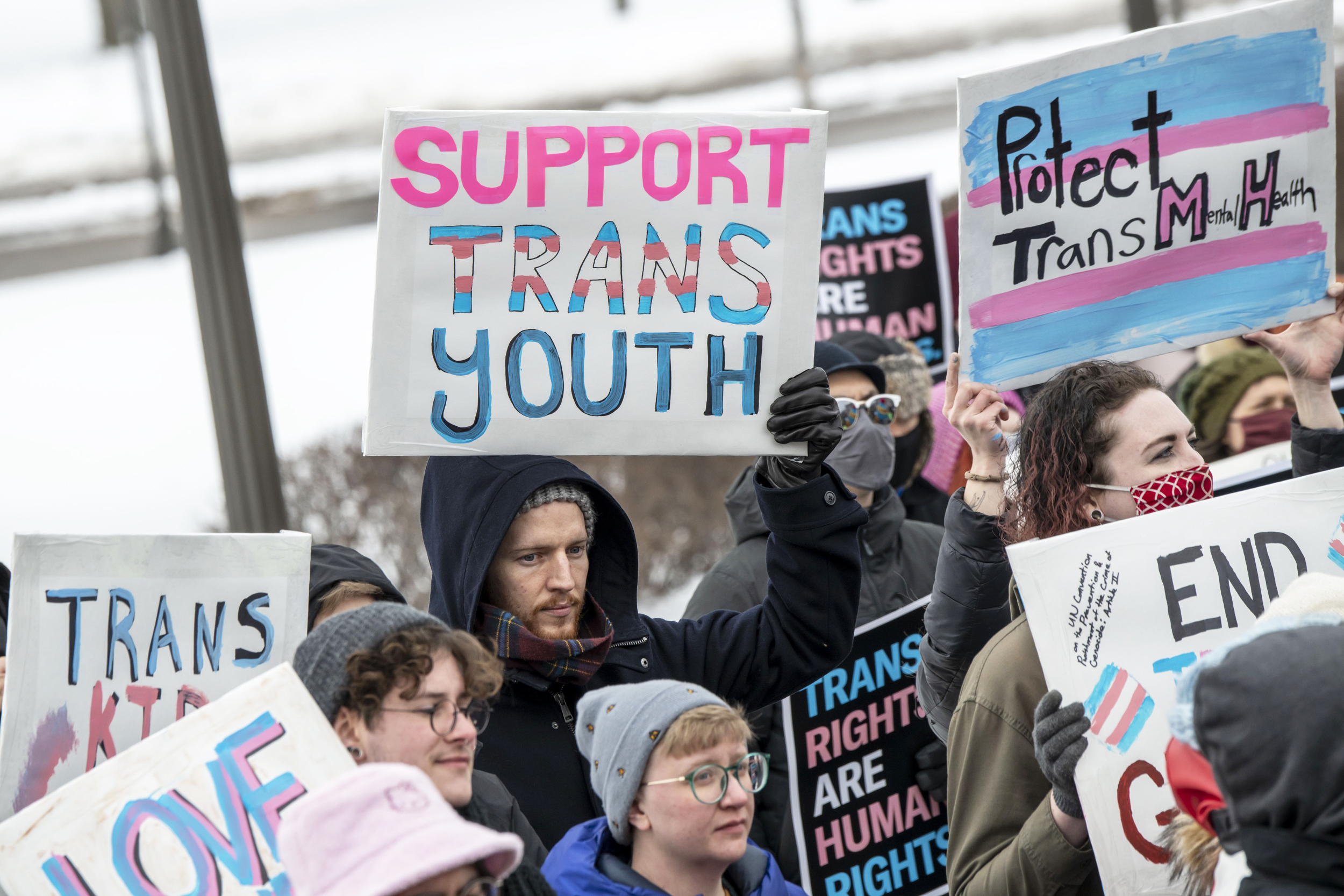 Transgender medical treatment for children and teens is increasingly under attack in many states, labeled child abuse and subject to criminalizing bans. But it has been available in the United States for more than a decade and is endorsed by major medical associations.

Many clinics use treatment plans pioneered in Amsterdam 30 years ago, according to a recent review in the British Psych Bulletin. Since 2005, the number of youth referred to gender clinics has increased as much as tenfold in the U.S., U.K, Canada and Finland, the review said.

The World Professional Association for Transgender Health, a professional and educational organization, and the Endocrine Society, which represents specialists who treat hormone conditions, both have guidelines for such treatment. Here’s a look at what’s typically involved.

Children who persistently question the sex they were designated at birth are often referred to specialty clinics providing gender-confirming care. Such care typically begins with a psychological evaluation to determine whether the children have “gender dysphoria,″ or distress caused when gender identity doesn’t match a person’s assigned sex.

Children who meet clinical guidelines are first offered medication that temporarily blocks puberty. This treatment is designed for youngsters diagnosed with gender dysphoria who have been counseled with their families and are mature enough to understand what the regimen entails.

The medication isn’t started until youngsters show early signs of puberty — enlargement of breasts or testicles. This typically occurs around age 8 to 13 for girls and a year or two later for boys.

The drugs, known as GnRH agonists, block the brain from releasing key hormones involved in sexual maturation. They have been used for decades to treat precocious puberty, an uncommon medical condition that causes puberty to begin abnormally early.

The drugs can be given as injections every few months or as arm implants lasting up to year or two. Their effects are reversible — puberty and sexual development resume as soon as the drugs are stopped.

Some kids stay on them for several years. One possible side effect: They may cause a decrease in bone density that reverses when the drugs are stopped.

After puberty blockers, kids can either go through puberty while still identifying as the opposite sex or begin treatment to make their bodies more closely match their gender identity.

For those choosing the second option, guidelines say the next step is taking manufactured versions of estrogen or testosterone — hormones that prompt sexual development in puberty. Estrogen comes in skin patches and pills. Testosterone treatment usually involves weekly injections.

Many transgender patients take the hormones for life, though some changes persist if medication is stopped.

Research on long-term hormone use in transgender adults has found potential health risks including blood clots and cholesterol changes.

Gender-altering surgery in teens is less common than hormone treatment, but many centers hesitate to give exact numbers.

Guidelines say such surgery generally should be reserved for those aged 18 and older. The World Professional Association for Transgender Health says breast removal surgery is OK for those under 18 who have been on testosterone for at least a year. The Endocrine Society says there isn’t enough evidence to recommend a specific age limit for that operation.

Studies have found some children and teens resort to self-mutilation to try to change their anatomy. And research has shown that transgender youth and adults are prone to stress, depression and suicidal behavior when forced to live as the sex they were assigned at birth.

Opponents of youth transgender medical treatment say there’s no solid proof of purported benefits and cite widely discredited research claiming that most untreated kids outgrow their transgender identities by their teen years or later. One study often mentioned by opponents included many kids who were mistakenly identified as having gender dysphoria and lacked outcome data for many others.

Many studies show the treatment can improve kids’ well-being, including reducing depression and suicidal behavior. The most robust kind of study — a trial in which some distressed kids would be given treatment and others not — cannot be done ethically. Longer term studies on treatment outcomes are underway.

The Editor8 mins ago
Health

The Editor23 mins ago

The Editor39 mins ago

The Editor54 mins ago

The Editor5 mins ago

The Editor20 mins ago
Health